Hi Everyone // Justice for Influencers by Reflektor Teatar (Centar E8)

Reflektor Teatar is an independent theatre, founded within the Center E8 organization. Principles and values of Reflektor Teatar are: theatre as a tool of social emancipation, as a method of education, as a means of political literacy of young people, school of thought, about society, community and values and theater as activism, as a struggle for human freedoms and rights. During its nine years of operation, Reflektor Theater had the opportunity to perform seven new theater performances, and the eighth – Hi Everyone, which premiered in September this year, was created within the Liberty EU project supported by Creative Europe.

Hi Everyone, directed by Vojislav Arsić, is a pioneering attempt to perform a work of art, which combines traditional ways of performing, with the most modern ways of communication, insufficiently researched in the artistic sense. The play interactive approach is designed to recreate the theatrical experience in new media. The audience gets parts of the story through different communication channels, and by assembling all the pieces, the impression is complete.

The project Hi Everyone takes place in virtual and real space, creating the impression of “augmented theatrical reality”. It is a transmedia storytelling project that pushes boundaries and creates a new experience of theatre, adequate to the moment in which it is created. Using new media, mobile telephony and the Internet, as well as film resources in the theatre, the project Hi Everyone brings a new theatrical experience. 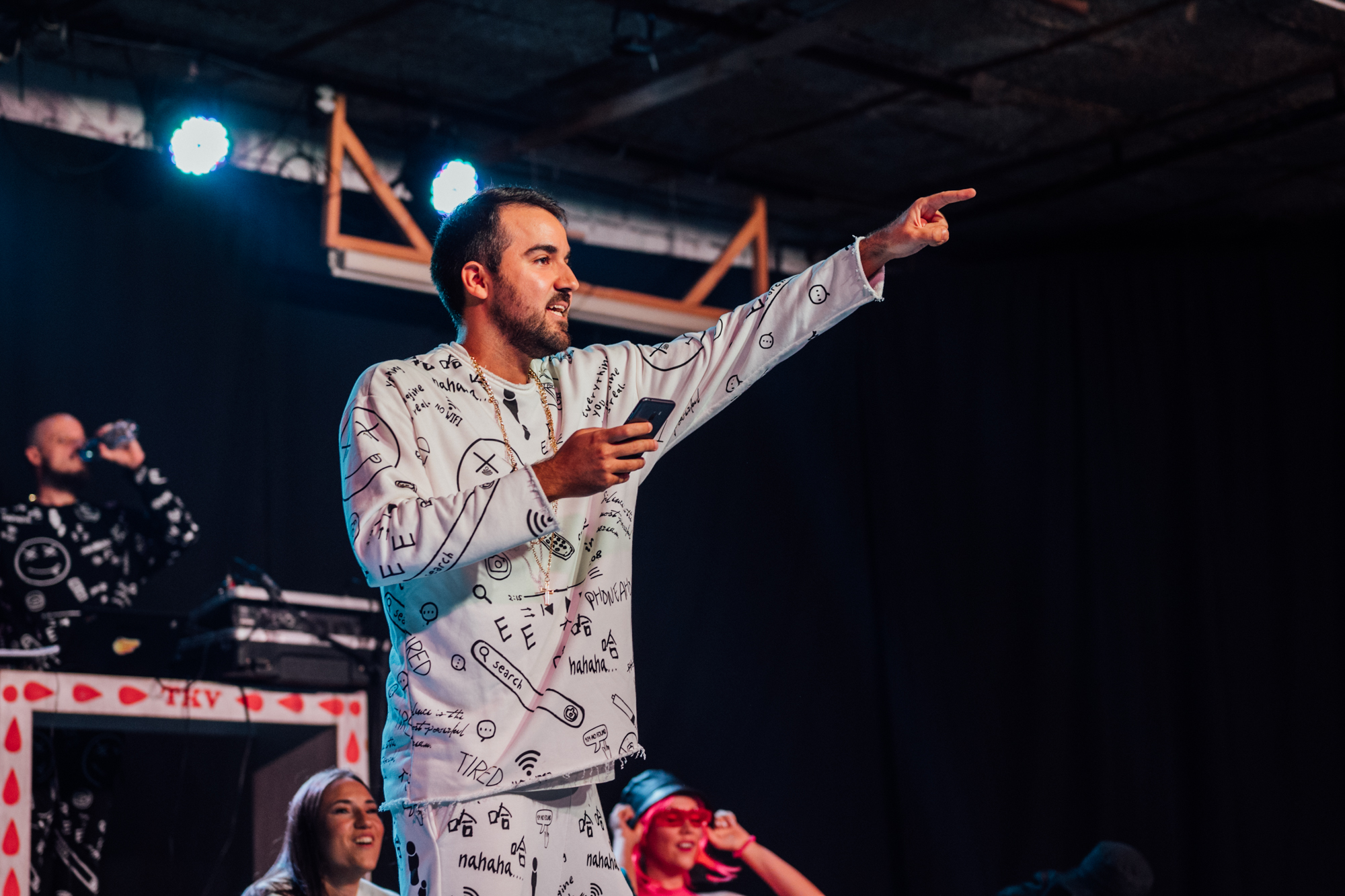 The plot of the play was created through a process of workshops, essentially turned towards the concept of freedom, in which actors, musicians, writers, visual artists, photographers, cameramen, scenographers, choreographers, etc. participated equally. During the workshops, theatre games and exercises were used, which helped us to structure our personal stories about: 1) subjective experience of the state of freedom; 2) situations in which we felt free and 3) situations in which our freedom was threatened.

At this stage, the idea of ​​Influencer stories came to be, as metaphors for all young people, in Belgrade, today. For life in the mode of representation and for everything that remains hidden, when the cameras of their phones turn off. From that moment, consultants were involved in the process, that is: influencers and experts from various fields, whose help we needed, in order to more accurately and precisely shape the dramatic characters.

The play written by Milena Bogavac, Marija Ratković, Sofija Dimitrijević and Mila Jovanović problematizes various issues and controversies related to this new profession, starting with the question: is it a profession at all, and what consequences does working on social networks and platforms have on the psyche of the individual, but also on society overall. In this processional theatre piece, the audience communicates with the performers live, in public space and in the performance space, but also via phone, social networks and the most famous internet platforms such as: email, Viber, Instagram, Facebook or Twitter. The performance lasts all day, and it depends on each spectator individually how much time and attention they will devote to it, before coming to the performance. Since the audience was repeatedly invited to vote for their favorite heroes and their stories during the performance, this is an immersive theatrical play, which is based on the increased engagement of the audience itself. 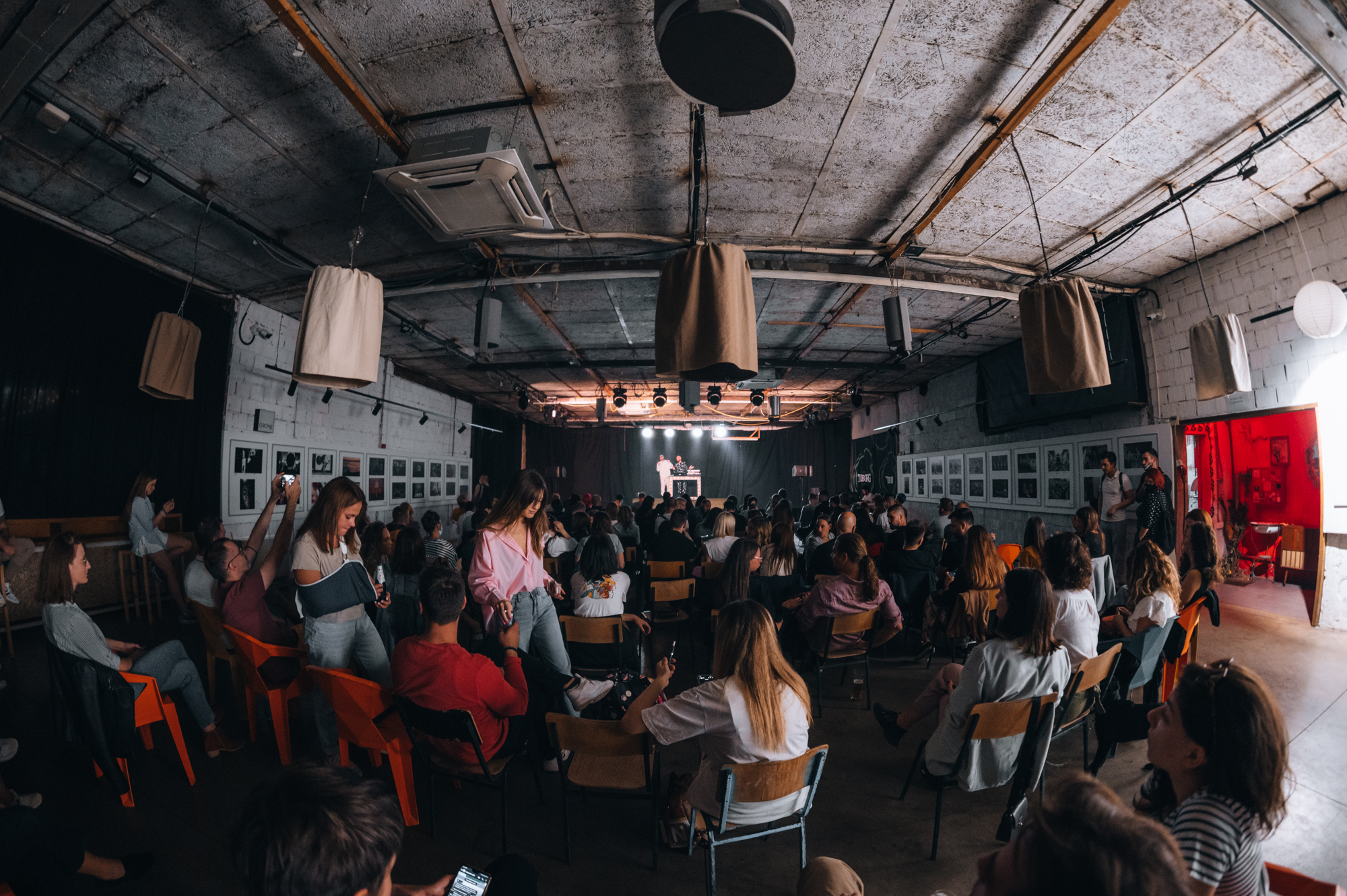 The plot of the play Hi Everyone is based on four fictional stories, carried by four dramatic characters played by: Maja Šuša, Tanja Petrović Živković, Đorđe Galić and Nikola Pavlović. Everyone has in common the practice of influencing in different niches, and the basic dramatic situation, in which they find themselves, is the competition for the best influencer in Serbia. The production of Reflector Theater and youth portal Zoomer made a shortlist and brought these characters to the stage, but the audience decides who will be chosen as the winner with their votes. This dramatic construction is actually just an occasion for a much broader and more serious story about the problems of Generation Z – the first generation of “digital natives”, grown up in the world of internet communication and social network expansion, as a space for social interaction and work. 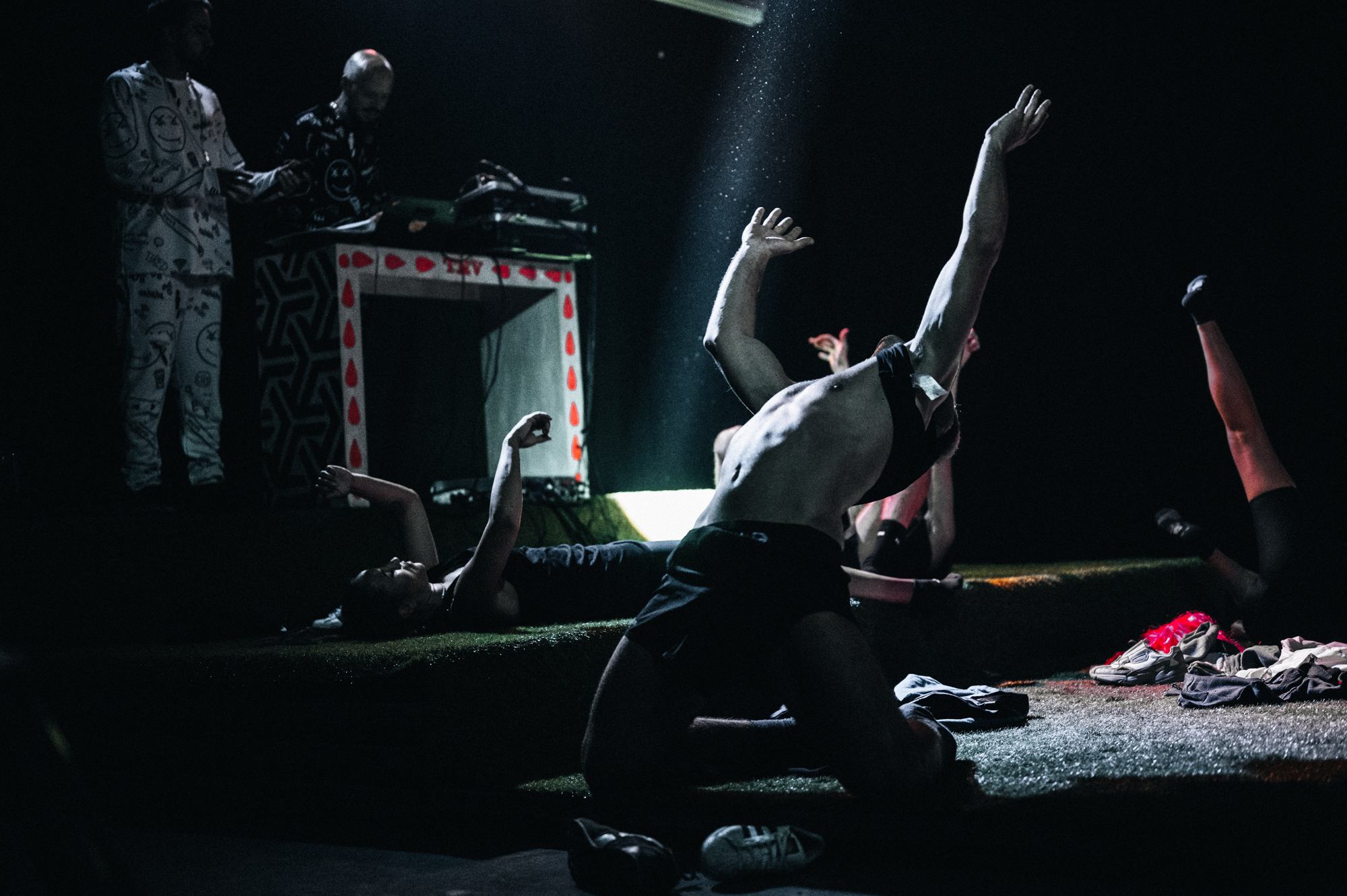 At the thematic level, this play intertwines stories about competitiveness, internet meritocracy, the influence of social networks on interpersonal relations and communication, about popularity, political correctness, but also about gender-based violence, peer violence, discrimination, media freedom and the way the media shape the modern world. The microworlds of the heroes of the play intersect with the real world and erase the line between digital and analog. Their meeting will permanently influence the life stories of our heroes and heroines, but also the way in which the audience perceives their interest. The stage analysis and deconstruction of the meaning of the term “influencer” here is actually just an occasion to ask many other, social questions.

Virtual reality has become the one in which we spend most of our time, therefore – theatrical art, if it wants to continue to exist, must play in that reality as well. The question of how theatres will survive a pandemic, which prohibits close contact and gathering, is a question this play seeks to answer, trying to recreate a sense of direct communication between performers and spectators, as well as a sense of belonging to a temporary community. consists of the audience of one play, during its duration. 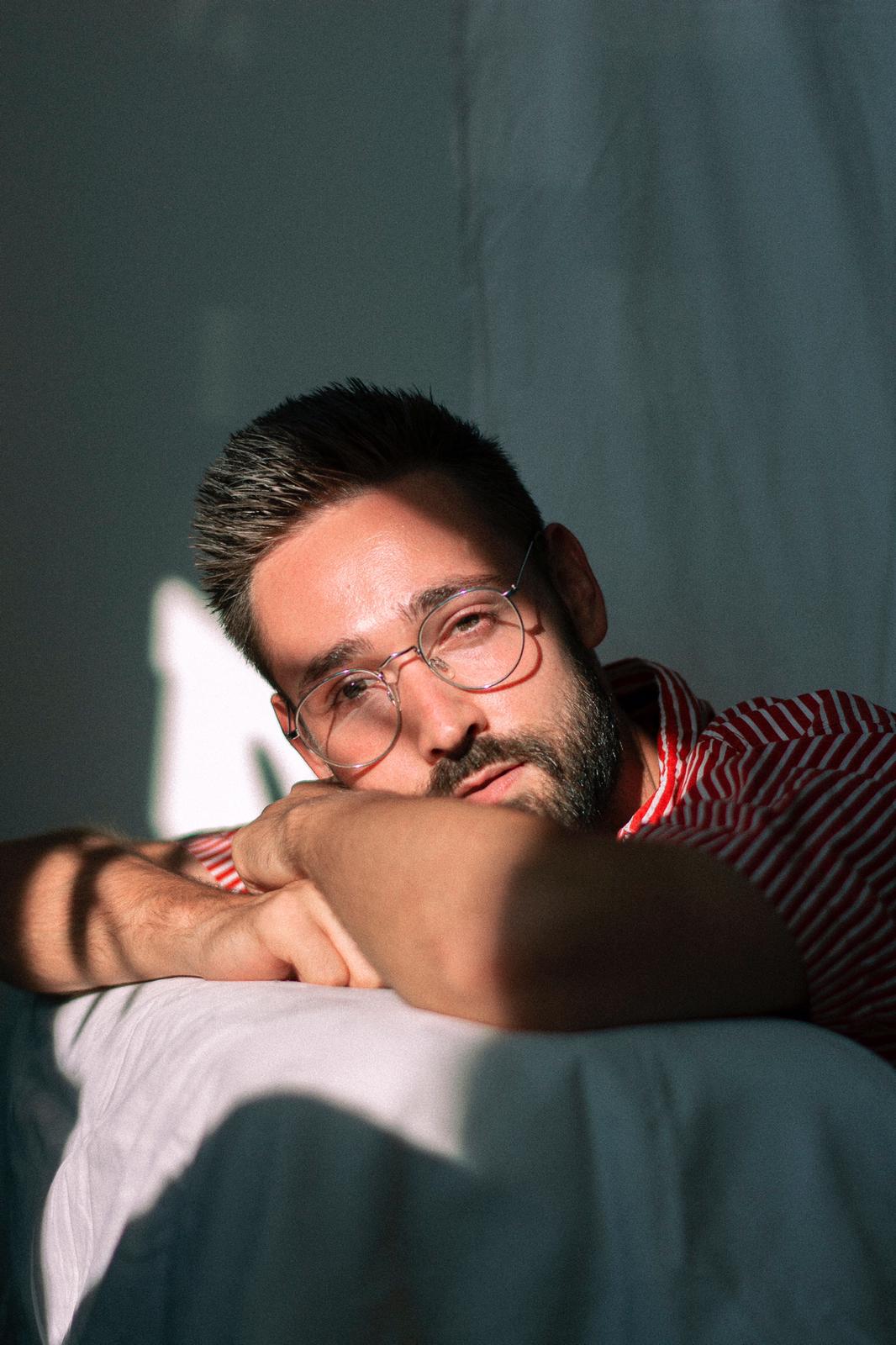