The Liberty EU Festival in Budapest lasted from 23rd to 29th August 2021 presenting 5 premiers of various genres, an on-site mural-opening, and a roundtable discussion with significant audience reach. The event series presented the works of 51 artists of whom 30 were inspiring, emerging young (under 30) new-comers who had the chance to work with the more established, well-known presenters.

The thematic festival with its title Greek Inclusion – Migration Stories Yesterday and Today took the Greek migration wave of the late 1940s as a starting point and put it in tense comparison with the general attitude towards migration in today’s Hungary. The live performances were visited by more than 600 spectators and over 28 000 were following online. Important program guides on TV, print media, online press, blogs were promoting the events prior and many professional critiques, interviews (print, online and radio) were born after.

Numbers do not show the most touching impacts though. The Festival managed to mobilize the members of the Hungarian Greek community who have never seen the inside of Trafó before, many new young audience, and presented thoughts of migration from a different perspective. On one of the sites of the programs, the former Greek colony today a homeless-shelter and a social tenement flat, the circa 1000 dwellers could follow the rehearsal-period of a debate provoking contemporary art performance and the establishment of a mural at their home. Abouzar Soltani and his son, who received their legal refugee status on the week of the premier, took part in the piece of a buzzing and well established young theater company and they built a close connection which is important for the Iranian family’s Hungarian future. 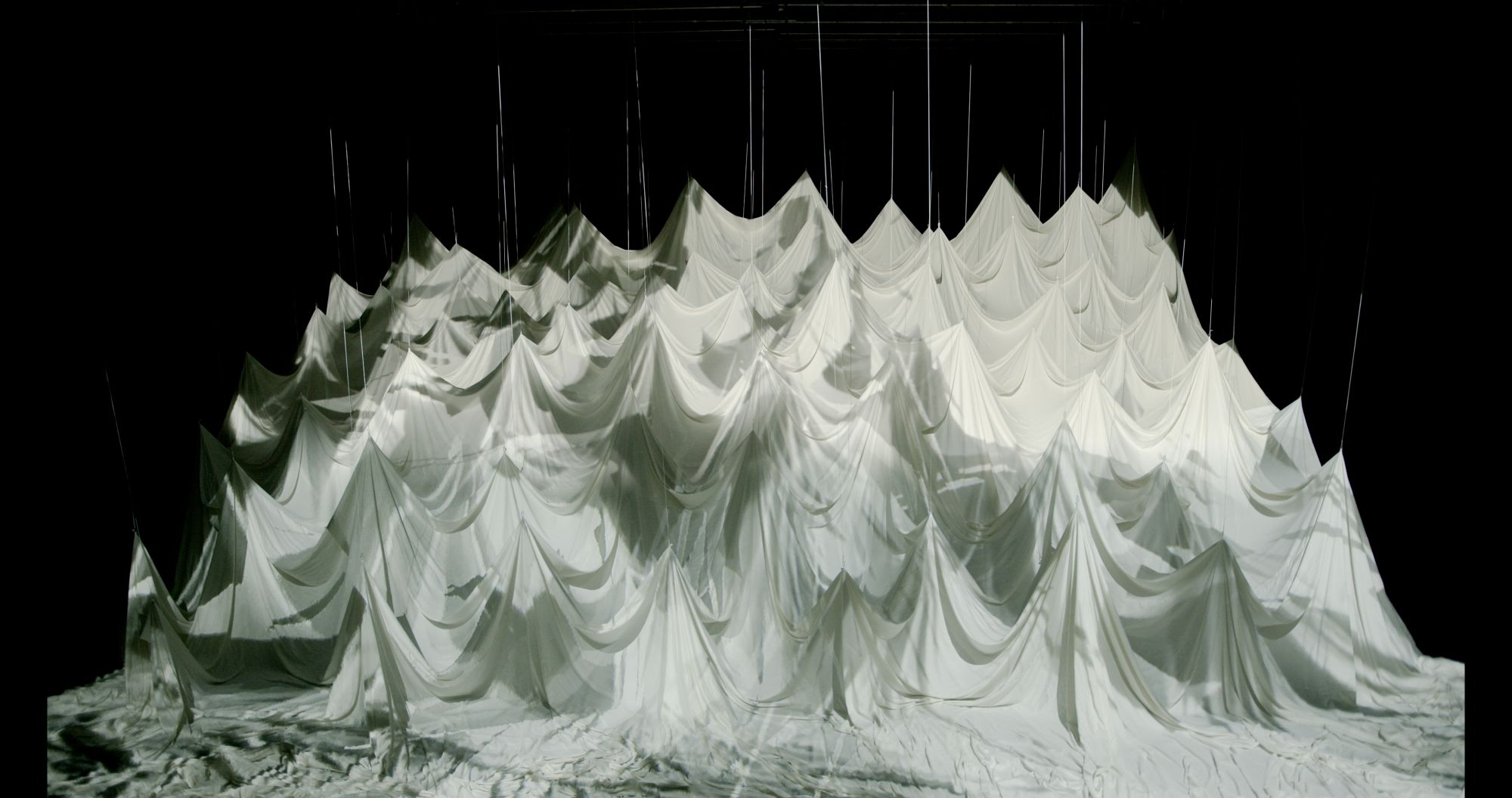 The artistic impact is relevant too: Budapest Autumn Festival having a site-specific focus this year immediately selected our performance Colony to their programme and presented 3 more shows. Also the installation Waterfields was invited to be set up in an interesting exhibition discussing memorable theater sets and was open for everyone. Through the great but disputed sculptor Makris Agamemnon – discussed in 3 of our programs – the Greek population managed to connect with influential art historians in Hungary and a film-making process started. We established a mural in the public space of an industrial and ethnic neighborhood which raises the attention of the middle-class to the area little known to them.

And let me finish with a heartwarming story: Abouzar Soltani and his son told their story in the performance Colony, which was attended by many Greek refugees. In the audience there a Greek lady who was the daughter of the nurse who saved many many children in the 40s. Hearing the life story of the Soltani family, she decided to present her recently passed mother’s furniture to the Iranian father and son who had just received an empty apartment to live in.