das_Explorativ is a 5-member group of theatre makers who explore and measure public space with artistic methods. The group’s work is participatory and emancipatory and always close to the local people. The focus of their projects is the question of how public space is narrated and could be narrated. 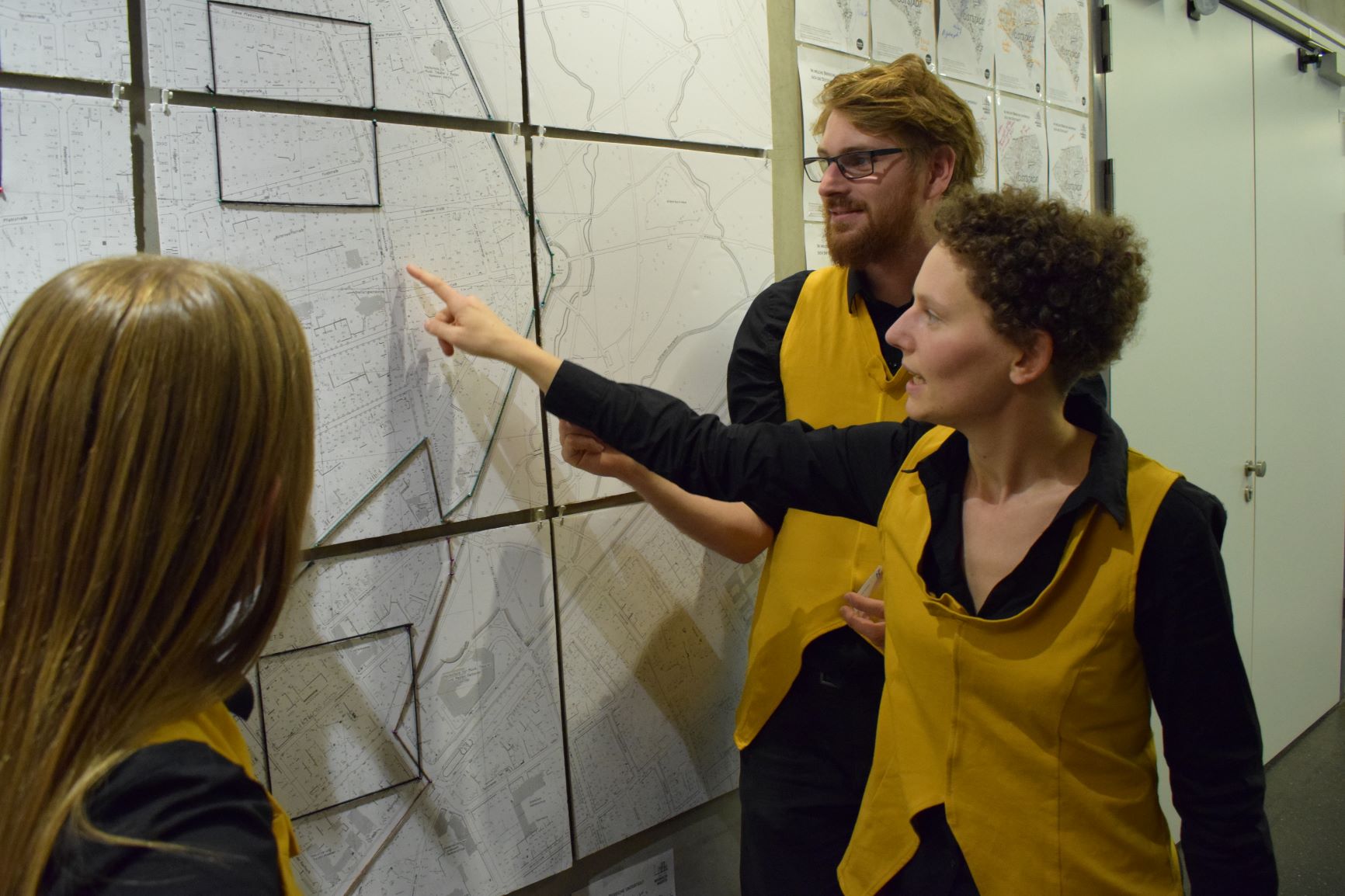 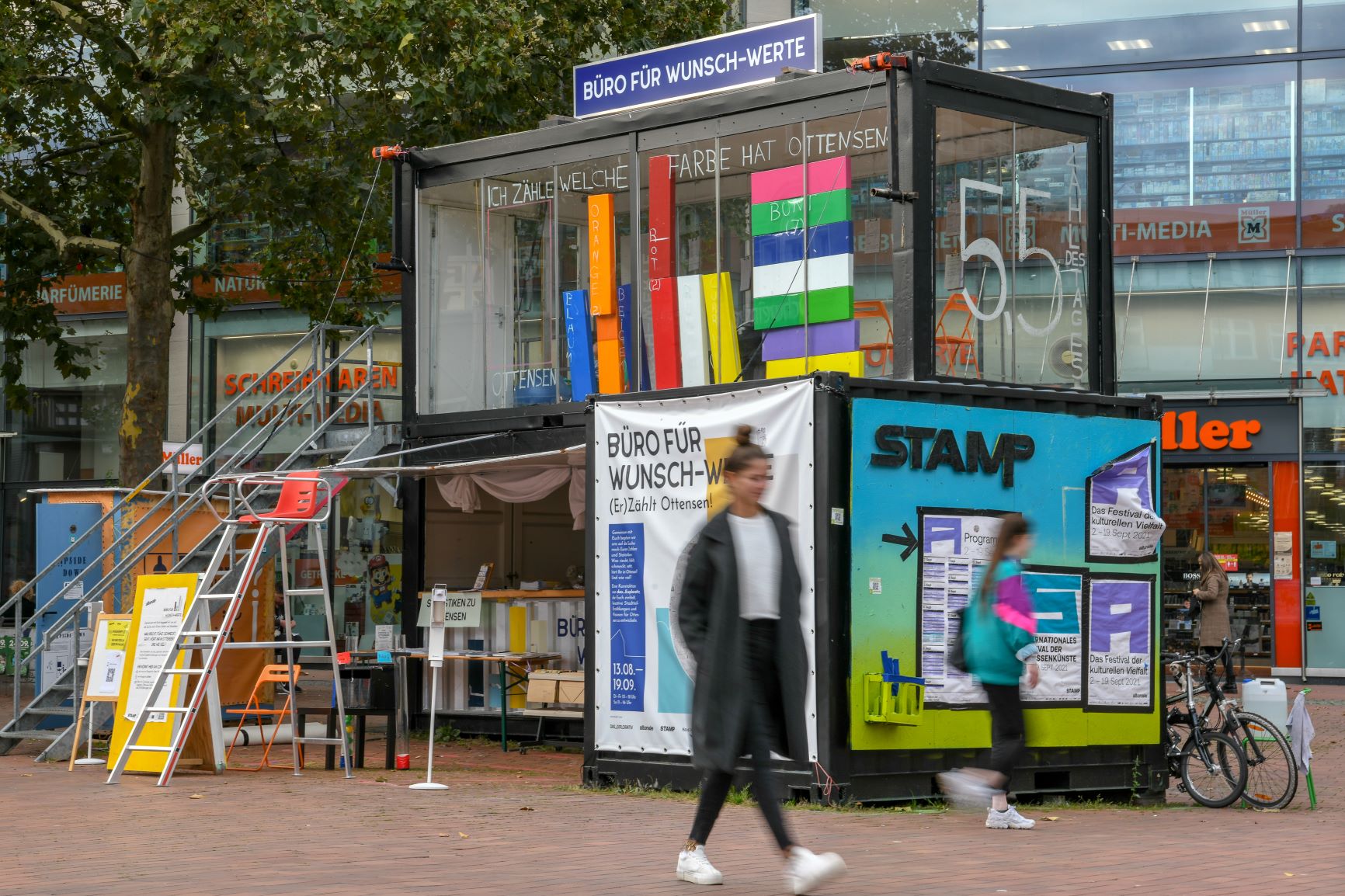 What exactly is the public space, what is it used for and by whom? The perspectives on and narratives of this space are as diverse as the people who inhabit, use and shape it – ranging from administrative to economic to private-individual. This diversity interests the artists of das_Explorativ.

The group developed “Büro für Wunsch-Werte” (Office of desired values) as a long-term project in 2018 for a residency in Hannover, Germany, and continued it in 2021 in Hamburg, Germany: Quantitative values are used to create images and ideas about public space, residents and behaviour in a city district – usually from a purely administrative perspective. Together with residents and passers-by the artists from das_Explorativ explored how narratives about a neighbourhood can be created by producing their own statistics and counted values. For 6 weeks, the Office for Desired Values opened in a shipping container on a main street in Hamburg. The participatory project captured peoples’ wishes and views, counted a lot and produced unusual real facts, which were released as an artistic exhibition and as a collection for politics, the press and the public alike. The aim of the project was to create a changed and conscious view of the urban space – breaking it down into its individual parts and embracing these numbers as an artistic process of emancipation and showcasing the multiple views and visions for the district.

As next steps the artists of das_Explorativ will continue their artistic survey of the public space and take their approach into a rural area. What exactly is the public space and what is it used for in a vast landscape where private properties are also vast? They confront themselves with finding new strategies to access this space, to get in touch with its inhabitants and to find ways of participatory counting and statistics.

And they are always eager to explore new places, regions, districts, communities, etc. 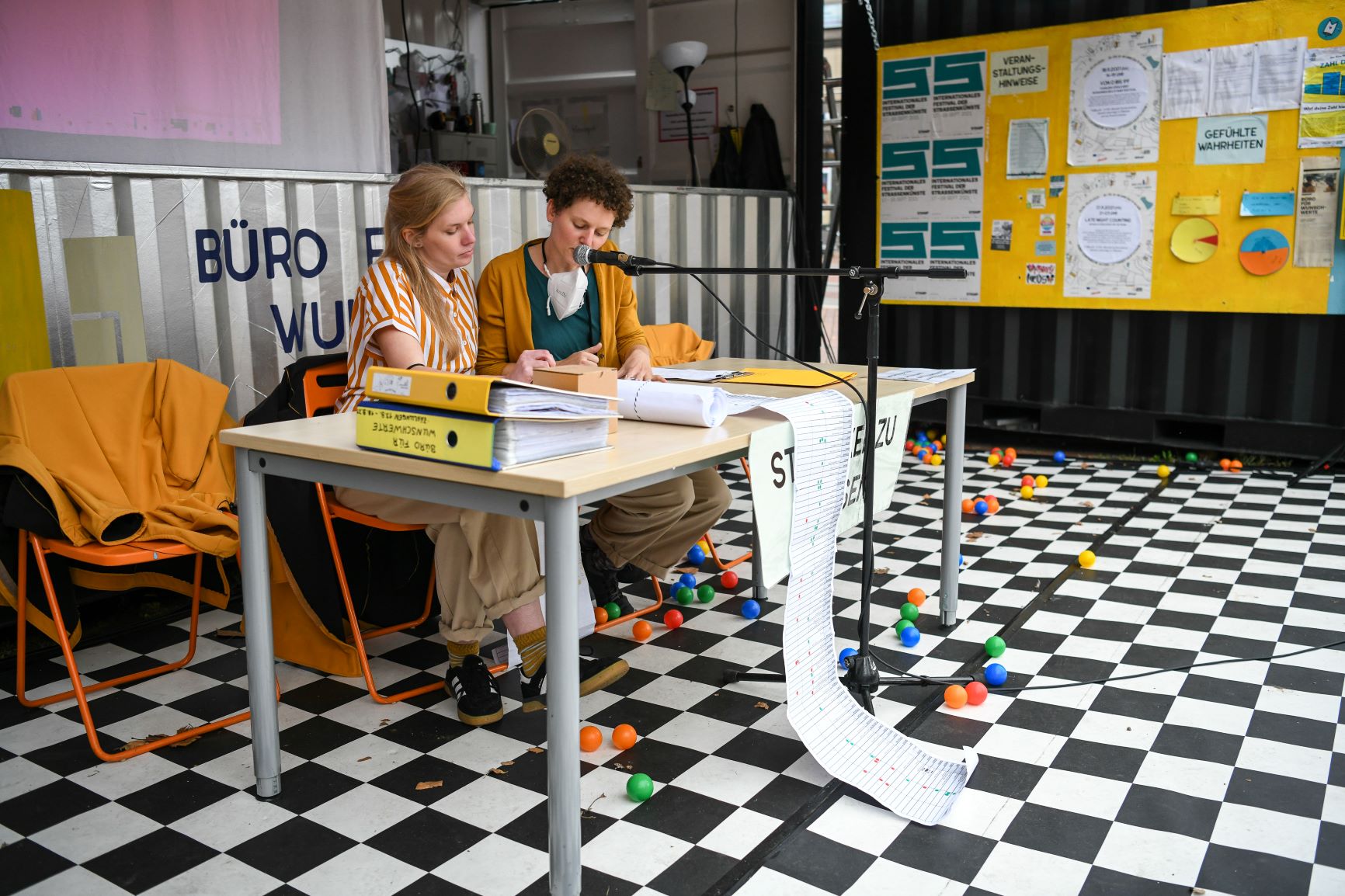 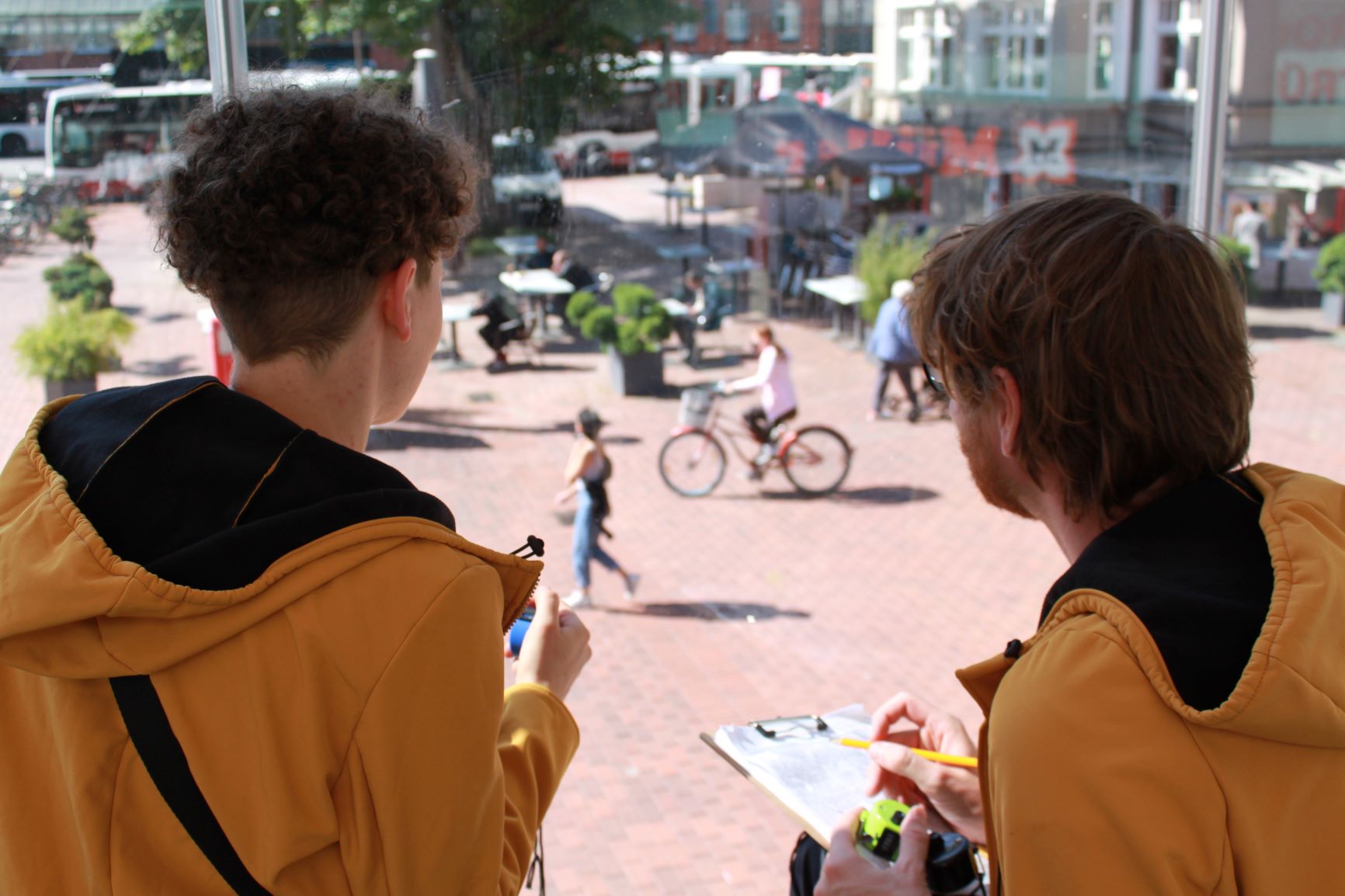